How Do I Get Pictures Or Data Files Into ContractorTools?

You can import data and photos into ContractorTools. Here's how.

Written by Dan Fellman
Updated over a week ago

ContractorTools allows you to import data and photos.

Importing data or photos is simple and straight forward in the Mac version because the Mac has the "Finder" app that allows you to browse to and select files from your local hard drive, or cloud based file services such as DropBox, or Google Drive, etc.

Importing data or photos is a little more complicated in the iOS (iPhone/iPad) version because the there is no "Finder" app for the iPhone and iPad. So, here's this works on iPhones and iPads...

There are three situations in which you might need to load files into ContractorTools:

When loading photos or the company logo image file, the program gives you the option to take a photo with the camera, or select an existing photo, as well as access files in cloud based storage systems such as DropBox, or Google Drive.

When loading CSV data files, you only have the option to access files in cloud based storage systems such as DropBox, or Google Drive.

In either case, ContractorTools will only give you the option to access cloud based storage systems if you have the app installed!

If you attempt to import files before installing the DropBox (or whatever) app, ContractorTools will look like this, when attempting to load photos or image files: 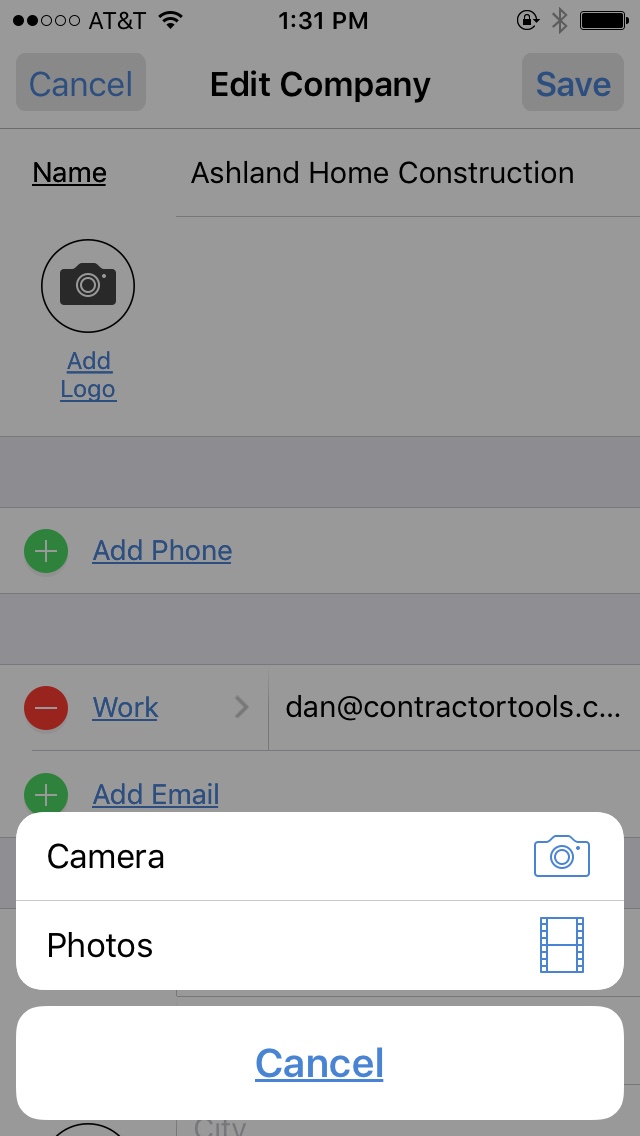 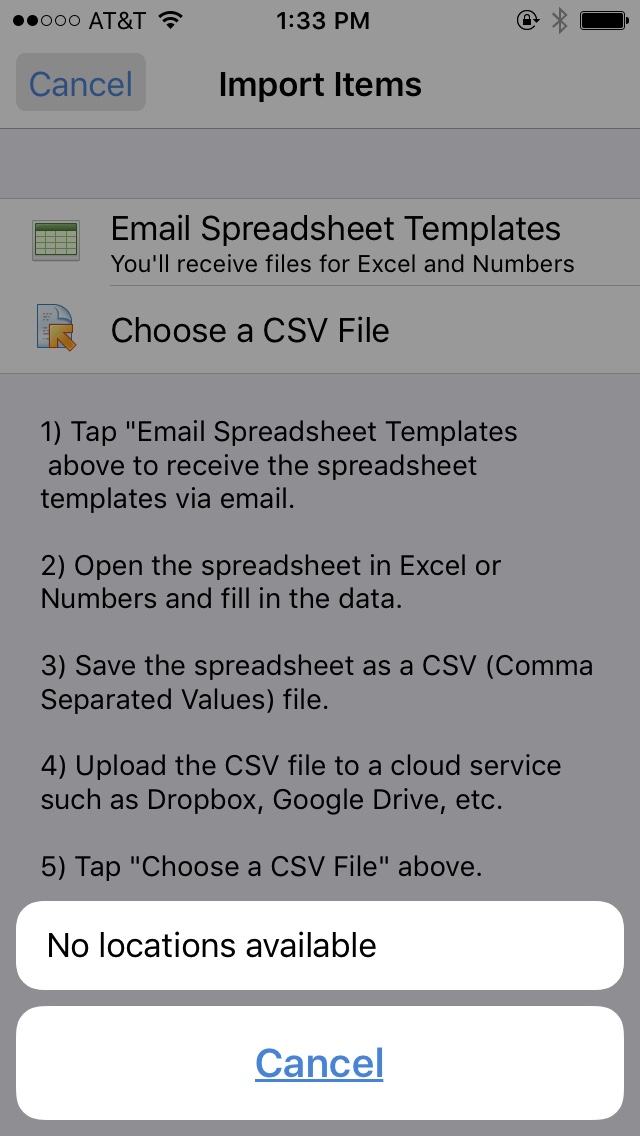 After You Install The App

Once you have installed the app for your cloud based file system, then it will look like this, when importing photos or images: 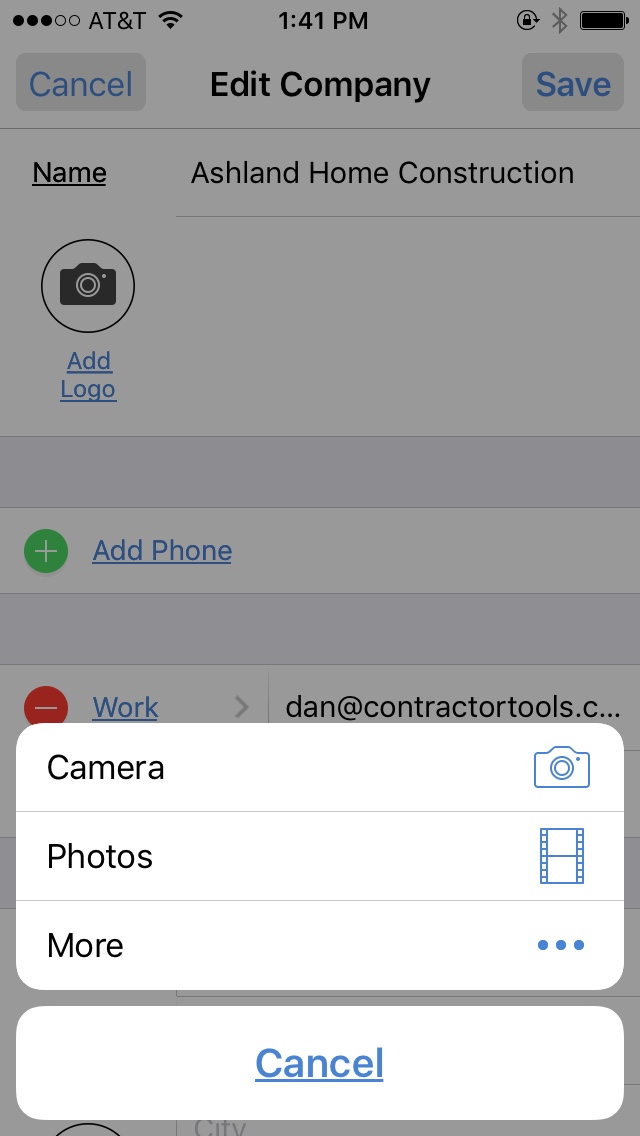 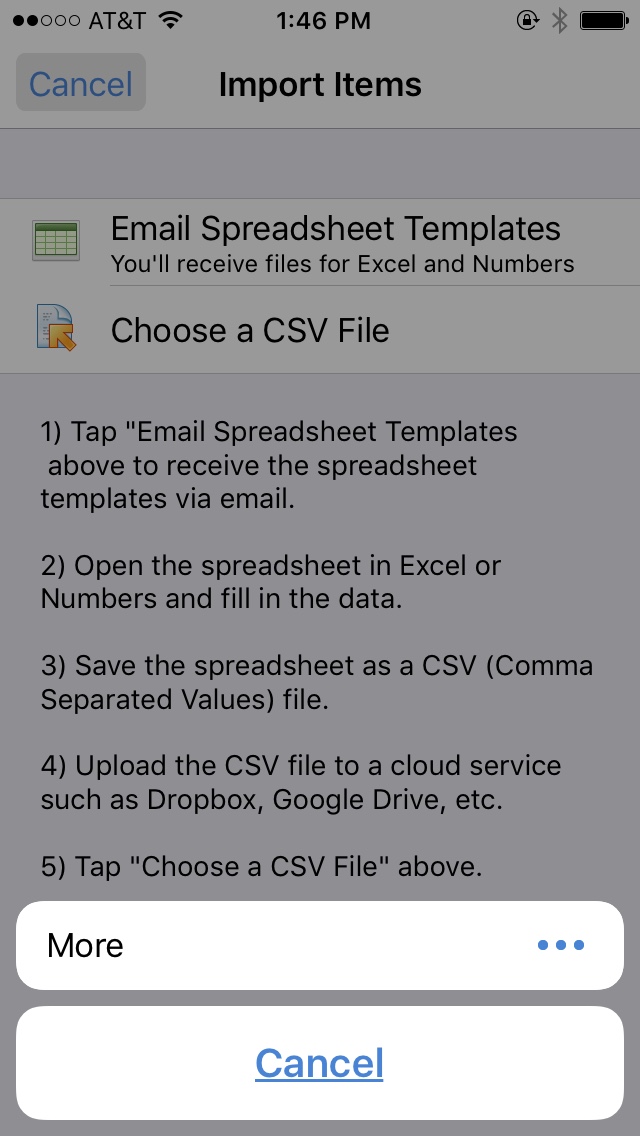 Now, tap "More". This will display a list of cloud based file "locations". The names of all of the cloud based file system apps will be displayed there, with an on/off switch next to it. Turn on that switch to enable that service: 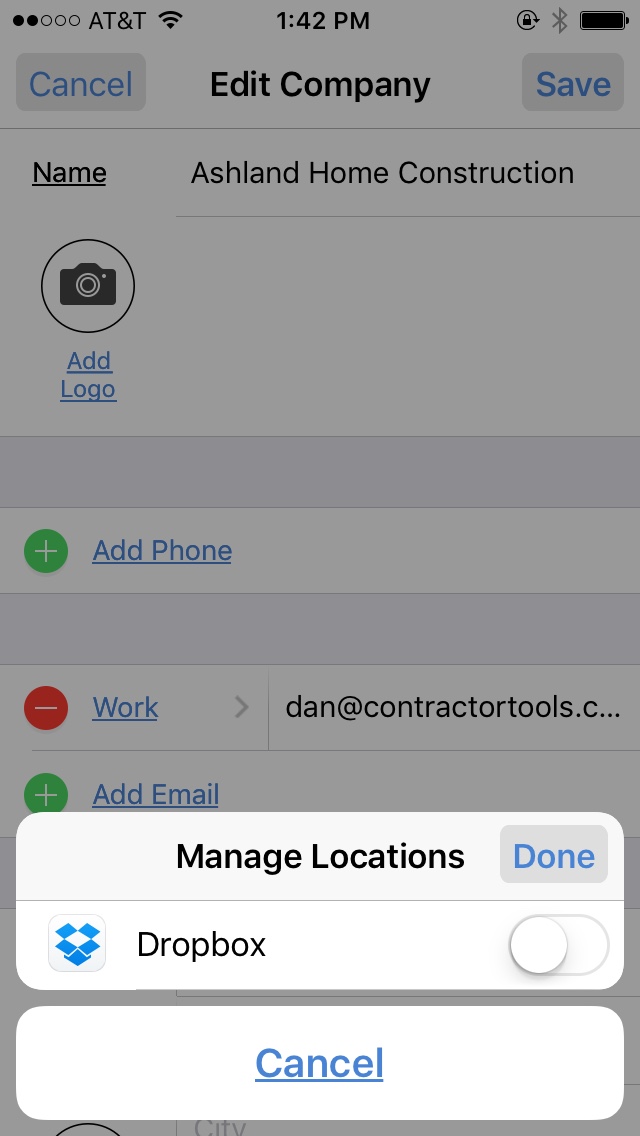 Once you do, that service will be available in the list of file source locations: 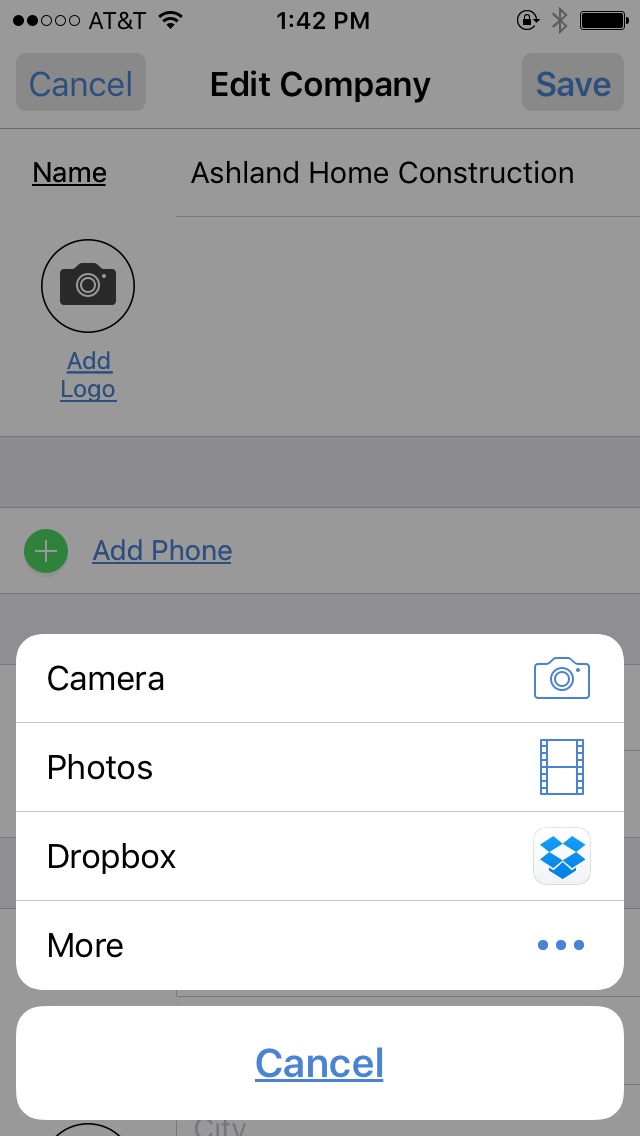 Now, you can simply tap on that file service (DropBox) to access files through it.

Did this answer your question?